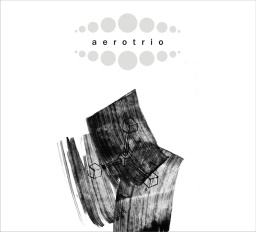 The music and technician of the first record of the Aerotrio would not have to surprise. After all, if one of the things for which Brazil and the Paraíba are known are the excellency of its musicians and artists, in a general way. But it surprises, over all to take itself in account that "forró" gives the letters here and the production is well on this side of the waited one. In the way of this "Sertão" of showbusiness badly-care, the Aerotrio is the good music, nourished with talent and great drawn.

Appeared in Campina Grande three years ago, Edmar Travassos (drums and electronics), Paulo Guilherme (keyboards and synthesizer) and Orlando de Freitas (bass), substituted by Fábio Alves, are men that had obtained to improve one clink musical established in the improvisation and the virtuosity of its integrant ones. And this goes to stop, with an excellent production, in you first CD, the homonym "Aerotrio", that it leaves thanks to the FIC Augusto dos Anjos (in another one of the most made right accomplishments of the project), with luxurious cover digipack and booklet inside. With a foot in free jazz and another one in acid jazz - flowing modern of the sort conceived for names as Louis Armstrong, Count Basie and Miles Davis - the Aerotrio obtains to catch, in studio, the climate of the show, always greats and explosives. The result is an alive, organic record with accurate of electronics and experimentalism that do not sink the false vanguard sound in cliches for the dance halls and vacant concepts. The sound is assimilable, simple even. But it demands musicians for backwards of the instruments. And the trio shows ability in the subject.

The record brings ten songs, and only one with vocal "Coton", with poem in French declaimed for Beatriz Gonçalves. Of amused "Salamangaia", whose "riff" seems to have left the sonorous track of a drawing of the "Snoopy", until the fusing of The Doors with DJ Marky in "A Voz de Muhamed" (that he brings samplers of Gerson King Combo, one of the icons of Brazilian black music), passing for the classic "New Orleans / Brazil", the sound brilliantly crazy sample that the boys in the way of the certainty of instrumental music. That they come more records...