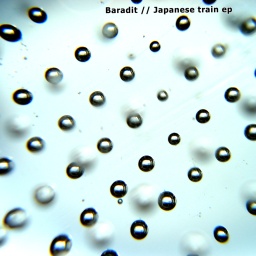 When Gozne had released Nomenklatura, it had begun. After that, he made La botica remixes and Tatsu joined to it. The connection between EPA Sonidos and Bump Foot continued : Tatsu was invited to two compilations : EPA Toasted (epa050) and EPA Frozen RMXS (epa060). This time, we featured two men behind EPA Sonidos. One of them, Baradit came to foot side. This EP contains four electro-pop tracks, makes "the brighter side".