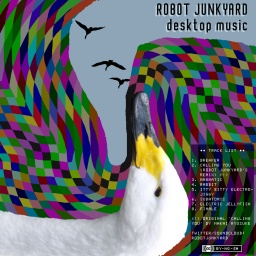 A 33-minute assortment of eight tracker tunes covering different electronic genres. Among these are a drum & bass track, a few ambient tunes, and some classic-leaning techno.

This EP includes a remix of Calling You by Nakai Ryusuke. "The original Calling You was an ambient-techno tune from around 2001 or 2002, when mp3.com existed in its first incarnation; back then, that site used to be a service similar to what Soundcloud is today, where hobbyists and professionals alike could upload their own music for sharing and streaming. Anyway, I used to spend a lot of time practicing and learning music by remixing songs of other artists I followed on that site, and this was probably the first remix among those that actually sounded listenable, after a few other failed attempts before that. I still have a fondness for this remix, even though it admittedly sounds a little clumsy and rhythmically awkward at times. Overall I thought it fit well among its other three musical neighbors that populate the EP's first half, which all are influenced by the classic early/mid-90's techno style, so that's why I added it."