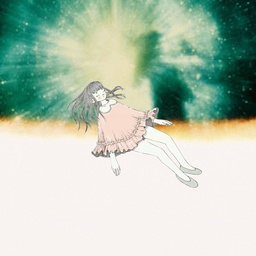 Non m'importa della luna is a chilean band that's influenced by the sounds of modern Japanese pop, post-rock, trip-hop and dream pop. They released their first LP, El Fin Del Mundo y Antes Del Amanecer - name taken from the manga "Sekai no Owari to Yoake Mae" by the renowned mangaka Inio Asano. This LP is an ambitious display of ambiental sugar-coated sounds, with trap influenced beats and energetic melodies, that swing between calm and eerie, with a heavy pop sensibility that at the same time is uncompromising, without fearing taking a more experimental side sometimes. This release solidifies the identity of the band, striving to be one of the most original band on the chilean scene. 8 tracks (one being a new versión of the song Ponón, from their first EP) and 4 remixes (by Tenzon, Orquesta Pandroginia, RISHO and The Holydrug Couple) make this album an incredible journey through a immense variety of sounds and instruments.