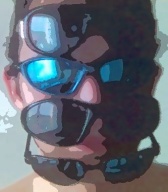 Funkatron's music addiction began in 1995, when he started to enjoy electronic music, hip hop and funky music. In 1997 he joined a hip hop crew called Los Debilos with his friends DJ Nisiru and DJ Naho. They were mostly affected by Cypress Hill, Dr. Dre, NWA, Wu Tang Clan etc... After four years he left the band and started to be more interested in electronic music like house, techno, electro and minimal recently. So it didn't take a long time and he started to produce electro, house and minimal tracks. He is also a member of Funkyshitmafia crew with DJ Nisiru and Jules. In January 2007 he had his first release on Czech Wazzotic records and then followed other releases, Montec records (CZ), Sweet Smelling Surfaces (DE)... Funkatron is also active as a DJ, he's making electro and minimal parties mostly in his home town and playing solo or with DJ Nisiru.