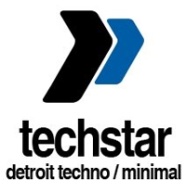 Paul Willocks is a UK based producer who started out getting creative with Electronic music back in 1995 when he got his first turntables and a simple two channel mixer. He mastered the art of the DJ very quickly and was soon exploring the world of production.

Using Cubase and Rebirth on a very basic PC he began producing his own tracks with the intention of slipping them into his DJ sets, in turn Paul began posting his tracks online for other artists to download and use also and he received great reviews.

His influences are Umek, Valentino Kanzyani, Autechre, Aphex Twin to name but a few.